Located bang in the middle of the massive Three Valleys ski area, Méribel offers plenty of great skiing and snowboarding terrain and accessible freeriding, while the picturesque village is the perfect blend of pretty chalet-style architecture and wooded surroundings.

Freeriding Head to the top of the Plattieres gondola for some of the best cliff drops in the valley.

Freestyle 2 snowparks including Area 43 with features to please boarders of all ability.

Pistes 600 km of well-groomed pistes from beginner to expert rider.

Meribel is one of those resorts that truly caters for all types of snow sport enthusiasts. It’s beautiful, has a huge ski area and is well serviced with state of the art lifts, hotels, restaurants and après. It’s lift linked to four other fabulous resorts in Les 3 Vallées area meaning that boarders can enjoy a massive total 600 km of downhill.

The Skiing and Snowboarding

There is genuinely something for everyone at Meribel, though intermediates will fare particularly well with the huge range of blues and reds available – check out Mottaret area for pistes to practice on, pistes to take in the fabulous views and pistes on which to challenge yourself.

It’s not the most challenging resort for experts but do try the Combe Vallon and the Face run before exploring the rest of the Trois Vallees.

There is extensive off pisting available in Meribel itself though some of the more challenging off piste can be found in some of the neighbouring resorts. There is a great powder bowl by the Mont Vallon bubble which shouldn’t be missed!

Freestyle options include the Moon Park – the main park which is well serviced and has a range of lifts and rails for all levels. There is also a second snow park, a good boardercross area, two pipes and a cute snow park just for kids.

Beware that Meribel can get super busy, especially at half-term, so be prepared to get up and into the mountains early if you want to avoid annoying queues.

Accommodation options abound in Meribel and there is a particular focus on serious luxury (especially in the chalet option). Meribel is split into four areas with their own distinct flavour so check out Mottaret if hardcore skiing is your priority. Upper and Lower Meribel Central are the most sociable areas, while Meribel Village is quiet and traditional. L’Oree du Bois is another delightful option, as is Hotel Le Tremplin with its heated outdoor pool and hot tub. If it’s value you’re after check out the no-frills Hotel Merilys.

If chalets are more your thing they don’t come much more luxurious than Ski VIP. There are also a good range of budget apartments and self-catering accommodation.

Food in Meribel can be very much on the expensive side, though the quality does tend to be exceptional. Try Le Grand Couer for a gastronomic (but expensive) option. Lodge du Village is an inexpensive but filling option suitable for all ages and appetites.

Those seeking to party will not be disappointed in Meribel. It’s a super lively resort with all kinds of pubs, wine bars and night clubs. Rond Point is a good spot for straight off the slope sups, while Bar a Vins has an extensive and delicious wine menu in cosy surrounds that threatens to prevent even the most well-intentioned from ever leaving, for late night dancing check out Le Privilege.

If you’re into some live entertainment, Jack’s Bar can always be relied upon to have something other than loungey muzak. These are just three choices out of a huge number of options – partying is very well catered for at Meribel. 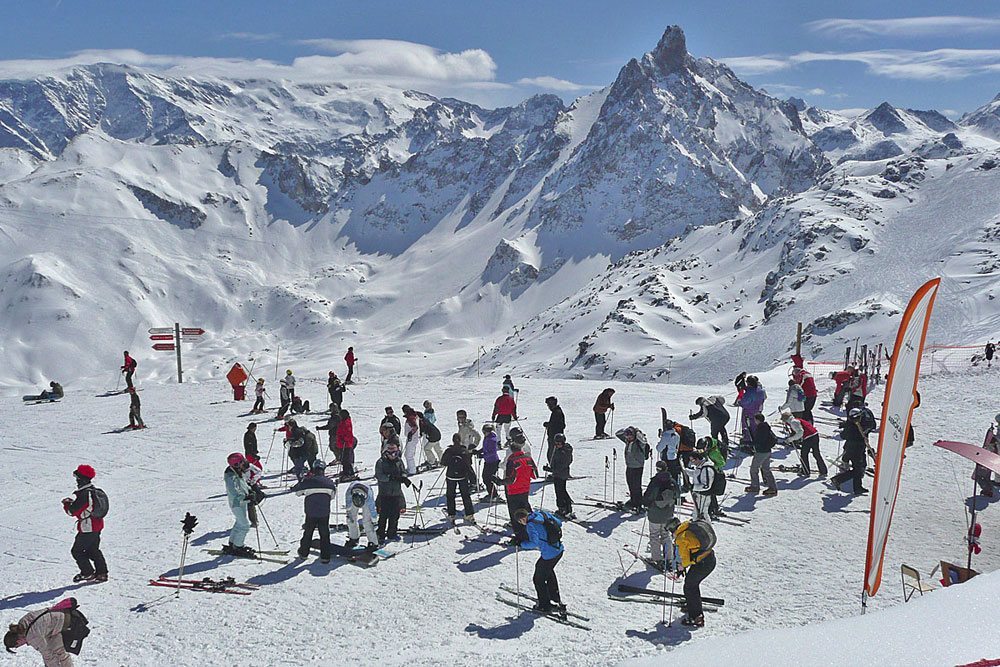