You are here: Home / Road Cycling in France

France is a world-class cycling destination

France is a lucky country when it comes to geography. Wrapped on four sides by the Alps, the Pyrenees, the Mediterranean and the Atlantic coasts, and in between, the Loire, the Dordogne, Provence… Then there’s the great weather; most of the year the temperature is just right for riding your bike and in the south you can ride 1000 m cols year round. All this makes France one of the best places in the world for a cycling holiday.

Unsurprisingly then, cycling is held close to the nation’s heart. Proud owners of the Tour de France, the French love cycling and cyclists, and motorists not usually reputed for their considerate driving habits will happily slow down for cyclists and give them a good wide berth.

Road Cycling in the South of France | Go >

The south of France, and the Côte d’Azur in particular, is epic road biking territory. Where the French Alps meet the sea, nature dictates that the riding is going to satisfy even the most demanding cyclists. Add to that a climate that allows year-round road cycling, smooth tarmac through world-class scenery and a culture that respects cyclists, and the south of France suddenly sounds like cycling paradise. It is! The Best Road Cycling Climbs in the French Alps | Go >

Think blue skies, snow-capped peaks and killer cols. Every serious cyclist dreams about tackling some of the iconic climbs from the Tour de France. Whether you want to conquer the 21 bends of Alpe d’Huez or challenge yourself on the beautiful yet tough as nails Col de la Madeleine, the French Alps has a climb that is sure to capture your imagination. End each hugely satisfying day with a huge and satisfying meal of raclette, fondue or tartiflette, washed down with a delicious local red. 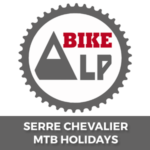